John Akhoian Is Building an Empire of Millionaire Drain Cleaners

John Akhoian Is Being Featured On The Cover Of Cleaner Magazine

It should be no surprise that John Akhoian has done very well for himself, building a small drain cleaning and plumbing empire from scratch after selling a powerhouse franchising arm.

And with his determination to empower his employees as they grow through the company, it’s also not surprising to hear that there are a few financial success stories under the auspices of Rooter Hero Plumbing. 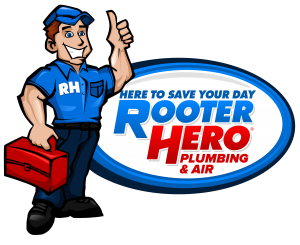 “Within the last seven or eight years of our company growing, a handful of people have become millionaires in the process — either earning more money, or spending less money and investing more, and doing other things,” Akhoian says.

But that’s not enough for him. He wants to create 99 millionaires throughout the company’s infrastructure as he seeks to build up to 100 locations over the next decade.

“We want to make 10 times the impact that we’ve made,” he says. “So we’re offering profit sharing. Some of our people running our locations also own parts of the location, and they’re creating wealth through the company growing.”

It isn’t just a recruiting pitch, either. Akhoian actually wrote a book about the passion project, titled Creating 99 Millionaires, which is available for free as an e-book on the Rooter Hero website.

“We’re making a really big impact,” he says. “And it’s my personal goal to create 99 millionaires.” 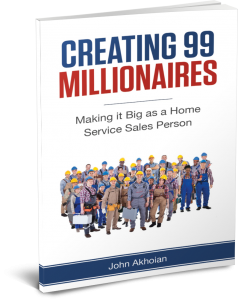